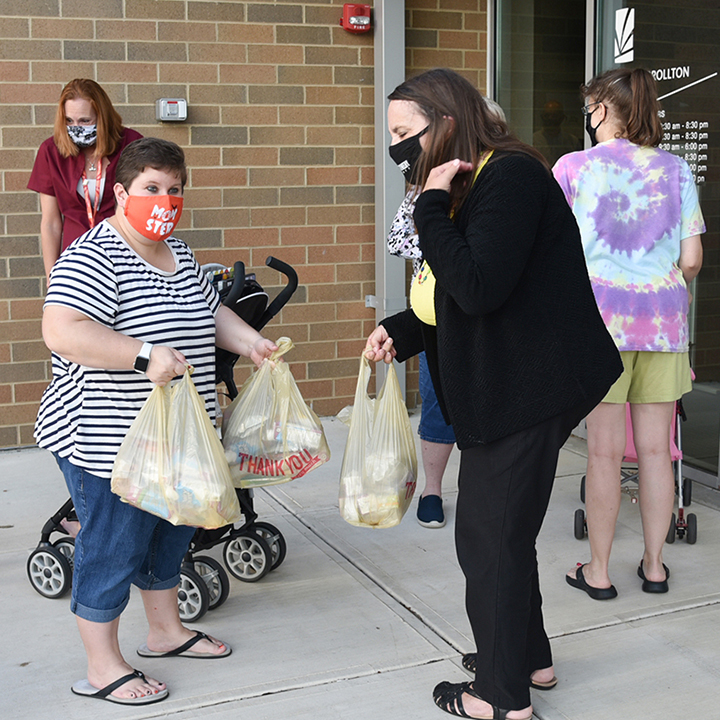 Columbus, OH, October 22, 2020 ­– The second annual State of Afterschool in Ohio conference hosted by the Ohio Afterschool Network (OAN) and Children’s Hunger Alliance (CHA) brought together experts and advocates to discuss the importance of afterschool programs in Ohio. Because of the ongoing health crisis, the event was held online.

The event was planned to bring attention to Lights On Afterschool, a nationwide event celebrating afterschool programs and their important role in the lives of children, families and communities.

Michele Ritchlin, the new executive director of OAN, immediately began planning this conference when she assumed her new role three weeks ago. Ritchlin said she was pleased with the turnout of the online event that brought in approximately 50 guests from all over Ohio.

According to Ritchlin, OAN has over 1,300 active members working together to develop quality sustainable afterschool programs for Ohio’s children. However, at the onset of the pandemic, the mandated statewide shutdown of schools created barriers for afterschool programs to reach the children and families they served. To overcome the challenges the pandemic presented, the organization along with its partners collaborated on creative solutions to continue providing food, technology and social services to the children they serve.

Kunze said, “We are honoring you today on your exemplary achievement for the Lights on Afterschool program. The program’s accomplishments are a justifiable source of pride and an outstanding reflection, not only on the association itself, but also on its founders, its members, and on our communities. We are certain that this is a worthy program and your unfaltering dedication to the service of children will continue in the tradition of excellence that has long been the hallmark.”

“The Ohio House of Representatives urges the citizens of Ohio to ensure that every child has access to a safe, engaging place, where the lights are on after school. I endorse the Lights on Afterschool program and commend you for the work that you continue to do. So thank you very much for allowing me to be here today,” Ingram said.

Ashcraft who retired from the Ohio National Guard is also a member of the Mission Readiness, a national nonprofit of over 750 retired admirals and generals working together to strengthen national security. He discussed a new research report titled Breaking Point from Mission Readiness, focusing on the pandemic impact on food insecurity and child malnutrition, and how both contribute to a growing national security crisis. Additionally, the report suggests that due to the increase in the unemployment and childhood poverty rates because of the pandemic, up to 18 million – versus 11.2 million before the pandemic – children across the nation will experience food insecurity, leading to obesity.

According to Ashcraft, 71% of young Ohioans are ineligible and unfit to serve in the military due to the lack of academic achievement, a criminal or drug record and malnutrition that leads to obesity. “We need all hands on deck to help ensure that children have access to nutritional meals, especially when school schedules are in a state of flux,” Ashcroft said.

Children’s Hunger Alliance, a statewide nonprofit dedicated to ending childhood hunger, sponsors 300 afterschool programs across Ohio. Judy Mobley, president and CEO of CHA, said that almost half a million – or 1 in 5 – children in Ohio do not have enough food to eat and that number has increased as a result of the pandemic. Since the pandemic began, CHA had to pivot and look for new ways to provide free meals to children losing access to school meals because of the mandated closures. It was critical for our organization to respond quickly because when schools closed, kids that relied on them for their breakfast and lunch – and afterschool programs for their evening meals – had nothing.

“With the relaxing of federal nutrition regulations, we’ve been able to reach more kids by distributing over 2.4 million meals since the pandemic outbreak at over 180 meal sites across Ohio. Our work feeding children is always important but has been even more critical during this health crisis as more families struggle to make ends meet and put food on the table,” Mobley said.

During her presentation, Cline thanked CHA for the support they provided in helping feed children in their community especially during the pandemic. She said, “We know that rural communities, such as ours are disadvantaged by distance too, and availability of resources and many of our families simply do not have transportation to access these resources. We also know the impact hunger has on students academically, socially, emotionally, and physically. And we know the need for these Children’s Hunger Alliance meals has never been greater.”

On March 11 when Gov. DeWine announced that schools would be closed to help control the spread of the pandemic, Cline said their main concern at that time was finding ways to meet the basic needs of their students. Through the partnership with CHA, they were able to provide five meals per week to their students in addition to the meals they were receiving through the school district. During April and May, they served close to 15,400 meals in Perry and Morgan counties.

In closing, Cline said, “We all know these times are tough, but we all know our students and their families are struggling in new ways right now. But that being said in these tough times, we as afterschool professionals find ourselves coming up with new and unique ways to serve our students and families and meet their needs and continue the work we are so passionate about….Our programs are incredibly grateful to Children’s Hunger Alliance for their partnership.”

Ritchlin said, “Afterschool is an essential piece to support the state of Ohio’s response to the pandemic. Our front line staff have built relationships and provide services that families rely on to meet their needs. Needs that are increasing like the need for nutritious snacks and meals, educational intervention and support for students who are falling behind. Afterschool also provides a safe, fun place for students to connect socially.”