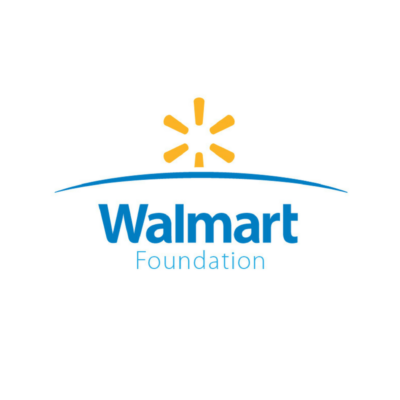 This most recent grant culminates three years of funding that totaled $3.5 million. Children’s Hunger Alliance conducted a statewide needs assessment in the first year of the grant, followed by a community asset mapping project in southeastern Ohio in year two. The Walmart Foundation grant laid the groundwork for the agency to expand outreach to children in high-need areas, particularly in southeastern Ohio, where the infrastructure did not exist to provide access to healthy meals. The work to implement more child nutrition programs where they were previously lacking will continue in the current year.

“The Walmart Foundation funding was the largest single source of grant funding in the history of the agency and it has been transformational,” said Judy Mobley, President and CEO of Children’s Hunger Alliance. “The grants afforded us the opportunity to approach our work more strategically than ever before and take action in areas identified as high need. We had an opportunity to pilot new programs and identify best practices. For example, we learned that using shelf stable meals to reach children in rural areas helps improve the reach and sustainability of our afterschool meal program.”

During the three-year grant period, Children’s Hunger Alliance re-granted more than $280K to schools with the goal of increasing school breakfast participation through best practices such as allowing breakfast to be eaten in the classroom after the school day begins. Last school year, with support from the Walmart Foundation and the Food Research Action Center, Children’s Hunger Alliance helped schools serve more than 8,000 additional students breakfast on average each school day, resulting in an increase of more than 1 million school breakfasts served in the second half of the 2016-2017 school year.

In addition, more than $60K in grants helped community partners expand access to meals last summer. Children’s Hunger Alliance helped partners in low-income communities feed nearly 2,000 more children during the summer by using vehicles such as school buses, minivans and food trucks, to deliver meals to children at numerous locations. Only 1 in 10 children who receive free or reduced-price lunches during the school year have access to a meal in the summertime – this is due to lack of enough feeding sites instead of lack of need. Food insecurity increases during the summer months for many children when they lose access to school meals.

In 2018, Children’s Hunger Alliance will grant an additional $25K to schools and community partners interested in increasing the number of at-risk children they can feed this summer. Summer programs interested in being considered for a grant should contact Heather Loughley, Director of School and Summer Nutrition at hloughley@childrenshungeralliance.org.

Another goal Children’s Hunger Alliance will look to accomplish in 2018 will be to utilize the Walmart grant to increase the number of daycare centers enrolled in the USDA’s Child and Adult Care Food Program (CACFP). CACFP enables daycare centers to receive federal reimbursements to offset the cost of providing healthy meals and snacks to children from low income families. The funding is often critical to small business owners who operate the daycare centers – and can be used to improve the quality and nutritional value of food children receive throughout the day. Studies show that children who experience food insecurity at an early age are at greater risk of learning delays when they become school age. Nutritious meals help preschoolers develop the physical and cognitive health they need to be Kindergarten-ready.

The mission of Children’s Hunger Alliance is to ensure children without access receive healthy food, nutrition education and physical activity. On average, one in five children in Ohio or more than 575,000 children live in food-insecure households and are unsure of where their next meal will come from. In southeastern Ohio the need is even greater, and while populations are smaller, the percent of children who are likely to experience hunger is higher than in most urban areas. Children’s Hunger Alliance will continue its collaboration with partners across the state to address strategic ways to provide nutritious meals to children who need it most.